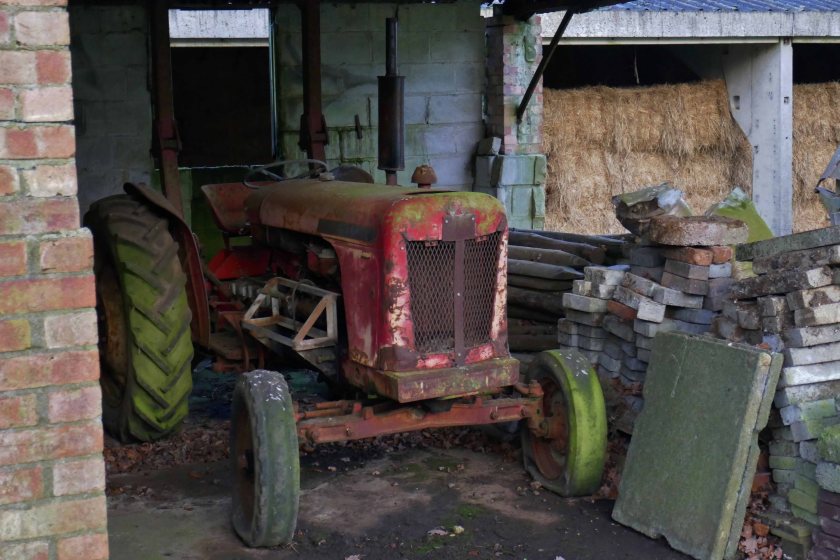 Whenever we travel around Worcestershire, Herefordshire and Gloucestershire I feel as if I am in an episode of The Archers.  I will spot a Home Farm, a village green, a black-and-white timber-framed pub or a farm shop and I am immediately reminded of the fictional residents of Ambridge in Borsetshire that I know so well.

A couple of minutes past seven Sunday to Friday it is best not to disturb me.  If I am at home I will generally be listening to Radio Four and an episode of The Archers.  My relationship with this long running radio soap opera began as a child when The Archers had already been broadcast for about 20-years.  Since 1950 Radio Four has been telling the story of rural folk in a fictional village called Ambridge in Borsetshire.  When I began listening I lived with my parents in the English countryside.  Even then the drama of the southerners living in Ambridge was hardly recognisable.

Even though I have been a city dweller for over 30 years, I still listen to this rural soap opera.  I have had breaks when we travelled for a year and on our extended holidays but it is easy to pick up, nothing changes so much in Ambridge that I can’t follow the new story lines.

One of the reasons I like the Archers is because stories unfold over months or even years.  There is plenty of drama [perhaps too much these day] but it does at least have a realistic time-scale.  I am usually cooking when the programme is aired in the evening and being radio I can listen and cook at the same time, giving about half my brain to the story.

The high-emotion story lines are not what I enjoy about The Archers, it is the everyday that appeals to me.  I want to take a short peak into the lives of people I have grown up with over the years and check in with how they are doing without feeling traumatised.  The Grundy’s are having trouble getting their elderly cider press to work, one of the cows is poorly at Brookfield and Hilda the cat is missing, these are the stories that work for me.  There is a warmth and gentleness about these stories in today’s world.  Peculiar to radio, The Archers can have silent characters, people who are referred to but never heard,  Derek Fletcher and the Sabrina Thwaite are just two personalities that add colour without being heard.

While often listening is comfortingly uneventful, there have been a number of big issue story lines recently that have put off listeners who don’t want distressing stories to interfere with the rural idyll.   Family squabbles and neighbourly disputes are the bread and butter of The Archers liberally dotted with fun and games at the Flower and Produce Show or the Christmas Panto.  Without these The Archers is nothing and when the easy companionable humour and neighbourliness disappears I will switch off for good.   I hope the dedicated team of scriptwriters continue to write gentle and amusing stories so I can relax and not have my imaginary world rocked!

Although radio drama leaves so much to the imagination, I enjoy exploring the counties I associate it with to add substance to the pictures in my head.   A bit of research reveals that Cutnall Green in Worcestershire could be the fictional village of Ambridge, it has a shop and nearby pub, a cricket team and is surrounded by farmland.  Other contenders are Inkberrow and Hanbury, both also in Worcestershire.  While Inkberrow has its own timber-framed pub, called The Old Bull and a village green, Hanbury has Summerhill Farm, thought to be the model for Brookfield, and Hanbury Hall, which has some resemblance to Lower Loxley Hall.  St. Mary the Virgin church in Hanbury has been used for Ambridge weddings.  I can see a more focused trip to visit these villages forming in the Archer’s half of my brain!